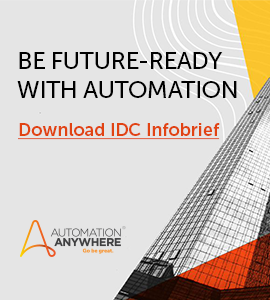 [Sold Out] AMCHAM Special Luncheon with The Hon. Harry Harris, U.S. Ambassador to the Republic of Korea Ambassador Harry Harris was nominated by President Trump on May 23, 2018 and confirmed by the United States Senate on June 28, 2018 as U.S. Ambassador to the Republic of Korea (ROK).

Ambassador Harris commanded the U.S. Pacific Command (USPACOM), now known as the Indo-Pacific Command (INDOPACOM), from May, 2015 to May, 2018. He is the first Asian-American to hold four-star rank in the U.S. Navy and the first to head USPACOM. Prior to USPACOM, he commanded the U.S. Pacific Fleet. Other operational commands include the U.S. 6th Fleet, Striking and Support Forces NATO, Joint Task Force Guantanamo, Patrol and Reconnaissance Wing 1, and Patrol Squadron 46.

From 2011 to 2013, Ambassador Harris served as the representative of the Chairman of the Joint Chiefs of Staff to the Secretary of State. In this role, he traveled to over 80 countries with the Secretary and participated in most of the Secretary’s meetings with foreign leaders. He also served as the U.S. Roadmap Monitor for the Mid-East Peace Process.

Ambassador Harris was born in Japan and reared in Tennessee and Florida. He graduated from the U.S. Naval Academy in 1978. He holds master’s degrees from Harvard’s Kennedy School of Government and Georgetown’s School of Foreign Service. He also did post-graduate work at Oxford University and completed the Seminar 21 fellowship at the Massachusetts Institute of Technology.

Ambassador Harris’ father served in the U.S. Navy, and was a veteran of both World War II and the Korean War. He was stationed in Korea and Japan after World War II until he retired in 1958. Harris’ mother was Japanese. She moved to Tennessee with her husband and young son in 1958 and became an American citizen in 1974.

Ambassador Harris is married to Ms. Bruni Bradley, herself a career Naval officer.