February 19, 2021 - The American Chamber of Commerce in Korea (AMCHAM Korea) hosted a virtual fireside chat with Mick Mulvaney, former acting White House Chief of Staff and Director of the Office of Management & Budget. As one of longest serving and most powerful officials in the White House under the previous administration, Mr. Mulvaney shed light on the internal dynamics of the White House, the transition to the new U.S. administration, and the key personnel and policies that will most impact the business community in Korea. 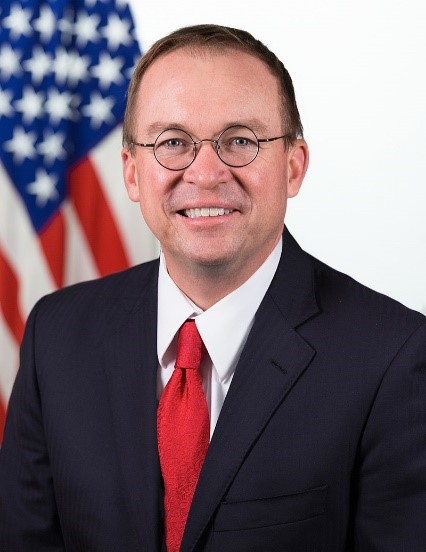 John Michael “Mick” Mulvaney was one of the longest-serving Cabinet officials of the Trump Administration. Holding multiple powerful roles including acting Chief of Staff and Director of the Office of Management and Budget, he was widely considered one of the most influential and trusted advisors to President Trump. Before joining the Trump Administration, he served in the U.S. House of Representatives for 6 years representing South Carolina. Prior to entering politics, he worked as a lawyer and real estate developer.