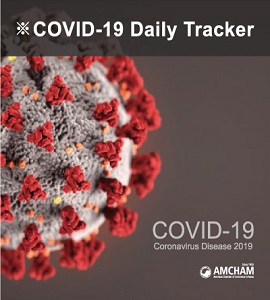 [DBiK Seminar 2022] Stronger partnership with US needed to help Korea become business hub in Asia: A… 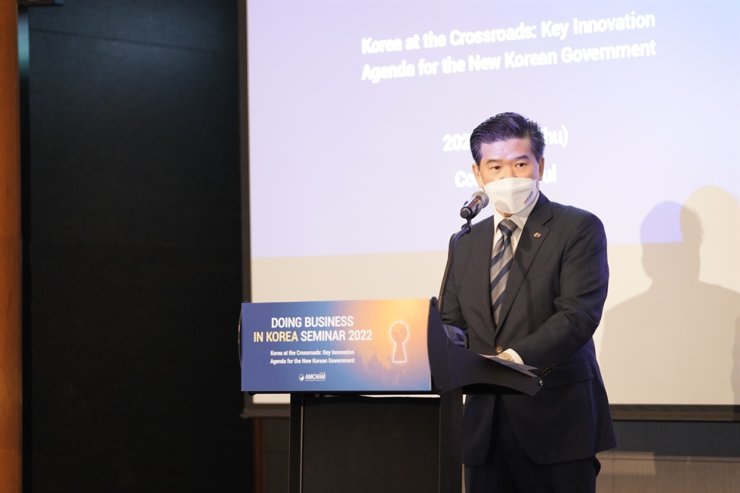 By Kim Hyun-bin, The Korea Times - The American Chamber of Commerce in Korea (AMCHAM Korea) hosted the fourth AMCHAM Doing Business in Korea Seminar under the theme, "Korea at the Crossroads: Key Innovation Agenda for the New Korean Government," which featured presentations and panel discussions focusing on suggestions the incoming administration should examine in order to establish Korea as a regional business hub at the Conrad Hotel in Seoul, Thursday.

"Today's seminar presents all of us with a tremendous opportunity to envision Korea's next leap forward as a major innovation hub. We will discuss how to take the U.S.-Korea economic partnership to the next level by making Korea not just a great place to invest in, but the number one destination for U.S. companies' investment in the East Asia region." AMCHAM Chairman James Kim said in his opening remarks. "I am certain that today's seminar will mark an important milestone in the cooperation between Korea and global companies for stronger and more vibrant economic partnerships."

The first part of the event featured a conversation with International President Stephen Dunbar-Johnson of The New York Times Company (NYT), who provided some insight into the relocation of NYT's Asian digital hub from Hong Kong to Seoul last May.

"When choosing a destination, we looked at factors like the independence of the press, visas, schooling for our employees, ease of travel, and business conditions in the market. Seoul came out on top," Johnson said.

"Prior to the COVID pandemic, Korean Air flew more than 2.9 million passengers annually to the US, and after the onslaught of the pandemic we have helped relieve the supply chain issues by increasing our cargo capacity to the U.S. by more than 900,000 tons in 2021," Hanjin Group Chairman Cho Won-tae said. "We are committed to increasing our activity in the U.S., given the positive environment, and we will continue to be a major contributor to the U.S.-Korea economic relationship."

The highlight of the seminar was the fireside chat on the topic of "Policy Proposals for the Next Government." Led by AMCHAM Chairman & CEO James Kim, the discussion included speakers from diverse industries.

During the fireside chat, AMCHAM Chairman Kim shared the findings of the "2022 AMCHAM Business Environment Survey," as Korea was selected as the second-most preferred destination for regional business headquarters in Asia, after Singapore.