We are pleased to invite you to AMCHAM’s special fireside chat webinar with General (Ret.) Curtis Scaparrotti, former commander of the United Nations Command / Combined Forces Command / US Forces Korea in South Korea. General (Ret.) Curtis Scaparrotti will share his insights on the outlook for the U.S. foreign policy towards Asia and the US-Korea relations during the webinar: 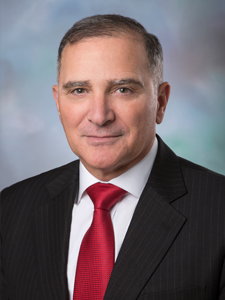 In 2019, General Curtis “Mike” Scaparrotti completed a distinguished 41-year career in the US Army as the Commander, US European Command and Supreme Allied Commander Europe, NATO. As the NATO Commander, General Scaparrotti worked to preserve the security and stability of the Alliance and strengthen it in the face of traditional and new-age adversaries. He collaborated with the leadership of all 29 NATO member nations, as well as the various NATO partner countries around the world.

Prior to General Scaparrotti’s leadership position at NATO and US European Command, General Scaparrotti served as the Commander of United Nations Command / Combined Forces Command / US Forces Korea in Seoul, South Korea from 2013 to 2016. He has also served as the Director of the Joint Staff, Commander of the International Security Assistance Force, the Deputy Commander of US Forces - Afghanistan, the Commanding General of I Corps and Joint Base Lewis-McChord, and the Commanding General of the 82nd Airborne Division.

General Scaparrotti is now a Senior Counselor at The Cohen Group in Washington, DC and serves on the Board of Directors at both The Atlantic Council and the Korea Defense Veterans Association (KDVA).